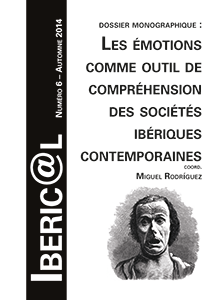 You may have heard some recent news stories about military service members and their families facing improper foreclosure. Journalists are also uncovering stories that focus on improper foreclosures due to mishandled or miscalculated paperwork, but the foreclosure fiasco surrounding military families is mainly focused on violations of a certain law designed to protect the people actively serving in the U.S. Military.
The Servicemembers Civil Relief Act (SCRA) is a law that prevents civil action from being brought against men and women actively serving in the military. “Civil action” is a broad term which includes serious legal issues, such as law suits, to more routine processes, such as divorce or bankruptcy. Part of the law also caps interest rates for loans that the service member has taken out, including mortgages, car loans, and credit cards.
SCRA was designed to help people serving overseas and in war zones focus on the task at hand. Financial and personal matters might otherwise distract the soldier or sailor from their primary mission during active duty. Service members and their families are forced to experience the emotional toll of deployment, so Congress passed SCRA to help avoid the financial stress that a service member and their family may also experience during active duty.
The sluggish economy is closely, if not directly, tied to the number of filed foreclosures due to absent mortgage payments. Homeowners may be struggling to make ends meet, so any discount on their payments can help. An active duty service member may be able to keep their home based on the 6% cap for interest rates. So if a lender breaks the law and charges them without regard to their active duty status, the family might face an unfair foreclosure.
In early 2011, J.P. Morgan Chase admitted to overcharging thousands of military families, an error that even led to some foreclosures. These incidents were illegal and some soldiers have taken their cases to court, but that may not be enough to make up for the hardship.
Once a bank forecloses on a house, they can try to sell it to make up for their losses. A person who buys the foreclosed home in good faith, also called a “bona fide purchaser,” has a right to stay in the house even if the bank admits to an improper foreclosure. The family may be stuck without their home and have no way to get it back.
Additionally, they may only be able to claim monetary damages that match the value of the home or remaining mortgage. This can help, but what about the cost of legal representation? These claims are just emerging, so it can take a thoroughly investigative lawyer, or team of lawyers, contemporary meaning to help prove liability in this situation. It may be difficult to set the legal precedent when it comes to collecting additional damages under the Servicemembers Civil Relief Act. Claims under this law can become complex, which requires an experienced team of legal professionals.
Military personnel on active duty, including Navy, Army, Marines, Air Force, Coast Guard, NOAA Commissioned Corps, Public Health Service Commissioned Corps, and National Guard members, are covered do estate lawyers go to court by SCRA. Documentation is needed in some cases, such as the lower mortgage interest rates, but service members can claim foreclosure protections if they are in danger of losing their homes.

READ  Debt Relief With a Debt Settlement Lawyer, Can it Help to Avoid Being Taken For a Ride?

If Your Civil Union Has Ended, It Is Best To Visit A Divorce Solicitor

For the past so many years gay couples in Great Britain have been permitted to enjoy what are called civil partnerships. A divorce solicitor is there to advise you on how to end your civil […] […]

What Is Considered a Probation Violation?

Probation is a type of legal sentence given to people convicted of crimes. Probation may follow a prison sentence or the completion of a drug treatment program. During the probationary period, the offender must avoid […]

Civil Rights and the Lawyers Who Defend Them

A San Antonio civil rights lawyer advocates on behalf of their clients whose rights have been infringed upon. This infringement can come from public officials, such as police officers, employers or any individual. A good […]